In this series of exercises, you'll learn how to build an application called Octopus, and we will teach you to implement features that make this app capable of performing large-scale compute workloads. We'll do this through the lens of a tough and interesting geophysical problem—avalanche terrain analysis—that is well suited to optimization with GPU compute. And we'll do this without writing a single line of C++ code. 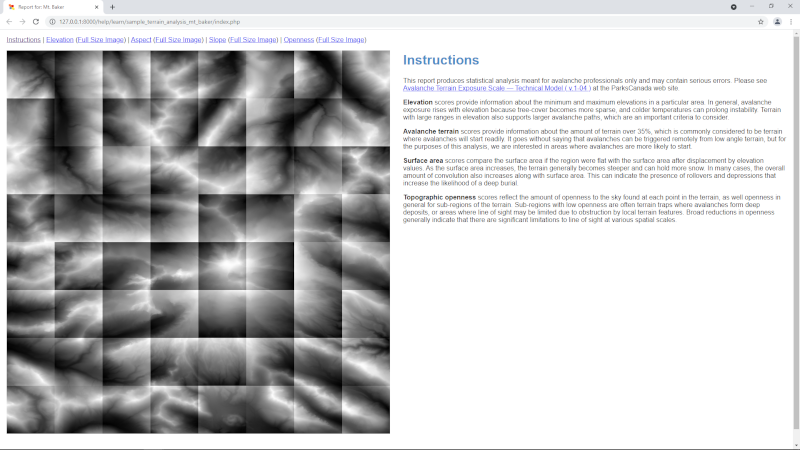 This series teaches you how to build the software that creates reports like this. ( View Sample Report )

It's important to know that this series teaches a fairly wide set of techniques that are useful for working with Scenome applications. This includes information on creating new applications, how to design abstractions, how to create scripts, write commands, and how to install commands in the user interface. Some of this won't necessarily seem related to GPU compute, but in the end, it's extremely convenient when you can quickly build a nice wrapper around a hard problem without ignoring important, quality of life features either.

Before we continue, let's review the hardware and software requirements for this series. Except for compute shader support, these requirements aren't absolute, but using less capable hardware can make the CPU and GPU compute operations take longer.

Please proceed to the next exercise.